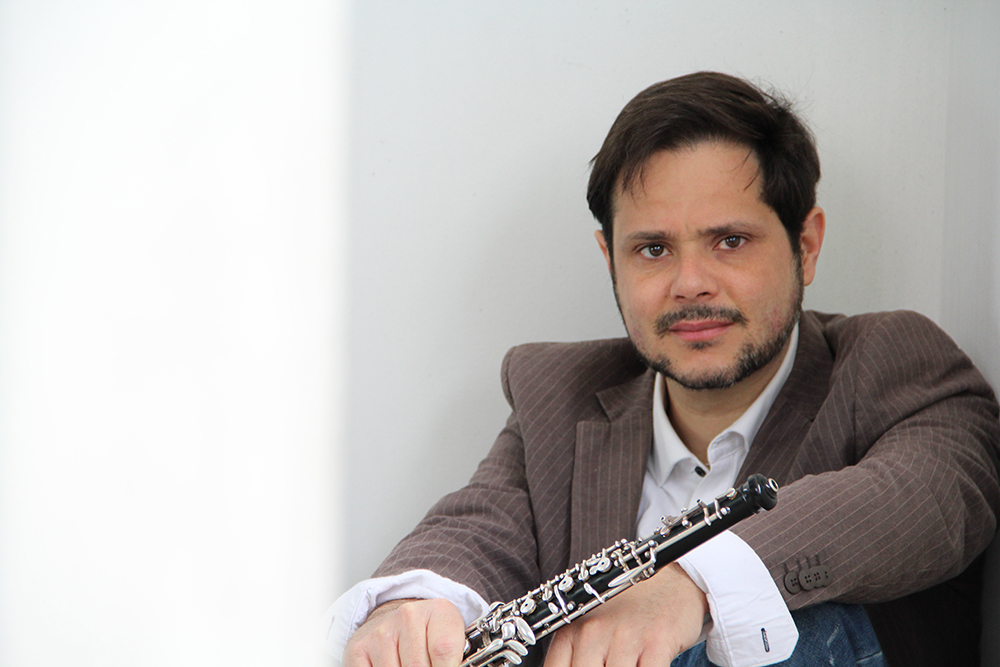 Started his studies with Hernán Jerez in 1986 at the Cultural Center of Carora, Venezuela and carried on with the Master Jaime Martínez in Caracas, Venezuela. From 1996 until 2013 he was a member of the National System of Venezuelan Young Orchestras. In addition, he was
the english horn solo of the Simón Bolívar Symphony Orchestra based on his country of origin, conducted by Alfredo Rugeles and Gustavo Dudamel. For several years he was part of the group «Carora en Concierto» where he played bandola, a self-taught instrument. He joined the «Avila Quartet» in 2014, where he plays oboe and bandola, as well as the group «Joropo Jam» in 2017. He shares his passion for music with the sciences as he obtained a physics degree from the Central University of Venezuela and a Master degree in Acoustics from the University of Aix-Marseille. In France since 2013, he collaborated with the Aix-Marseille University Symphony Orchestra (OSAMU), the ensemble of contemporary music «C Barré», and the Orchestra of the Al Bustan Festival in Beirut, Lebanon.